NEW YORK (AP) – A New York jury convicted a former associate of Rudy Giuliani on Friday for making illegal contributions to a campaign to influence US politicians and advance his business interests.

The verdict was delivered in Manhattan federal court, where Lev Parnas stood on trial for more than two weeks as prosecutors accused him of using other people’s money to impersonate a powerful political broker and get closer to some of the nation’s star Republican politicians.

Part of the case alleged that Parnas and an associate made illegal corporate donations to Republican political committees in 2018, including a $ 325,000 donation to America First Action, a super PAC supporting former US President Donald Trump.

Another party said he used the wealth of Russian financier Andrey Muraviev to donate to US politicians, apparently to support an effort to start a legal and recreational marijuana business.

Parnas, 49, was found guilty on all counts after about five hours of jury deliberation.

By registering, you accept the conditions

The Soviet-born Florida businessman had insisted through his lawyer that he had never used the Russian’s money for political donations. He closed his eyes briefly and shook his head as the verdict was read.

Outside the courtroom after the verdict, Parnas said, “I never hid from anyone. I have always stood up to tell the truth.

A co-accused, Ukrainian-born investor Andrey Kukushkin, was convicted of participating in efforts to use Muraviev’s money for political contributions. He also denied any wrongdoing.

The case had generated interest because of the deep involvement of Parnas and a former co-accused, Igor Fruman, in Giuliani’s efforts to get Ukrainian authorities to investigate Joe Biden’s son during the presidential campaign of Biden.

Giuliani’s company and attorney did not immediately respond to emails seeking comment on the verdict.

Giuliani remains under criminal investigation as authorities decide whether his interactions with Ukrainian officials required him to register as a foreign agent, but he was not alleged to have been involved in any contributions electoral campaign and was not part of the New York trial.

The case, however, provided a glimpse of how Parnas entered Republican circles in 2018 with a campaign donation model large enough to allow him to meet the stars of the party.

“In order to gain influence with American politicians and candidates, they illegally funneled foreign money into the 2018 midterm elections with the aim of making huge profits in the cannabis business,” US Attorney Damian Williams said in a statement after the verdict. “Campaign finance laws are designed to protect the integrity of our free and fair elections – unencumbered by foreign interests or influences – and safeguarding these laws is essential to preserving the freedoms Americans regard as sacred. “

In addition to the $ 325,000 donation to America First Action, made through an energy company, prosecutors said Parnas and Fruman orchestrated donations to U.S. Representative Pete Sessions, of Texas, and to d ‘other committees supporting House Republicans.

Giuliani and Trump received little mention during the trial, although a photograph showing Parnas with Florida Gov. Ron DeSantis, a Republican, was one of the first pieces to be shown to jurors during oral argument and a video of Giuliani. with Parnas was among the exhibits that the jurors could see. during deliberations.

DeSantis was among those who received campaign contributions which prosecutors said went back to the $ 1 million Parnas and Fruman received from Muraviev, who was involved in several cannabis companies in the United States. 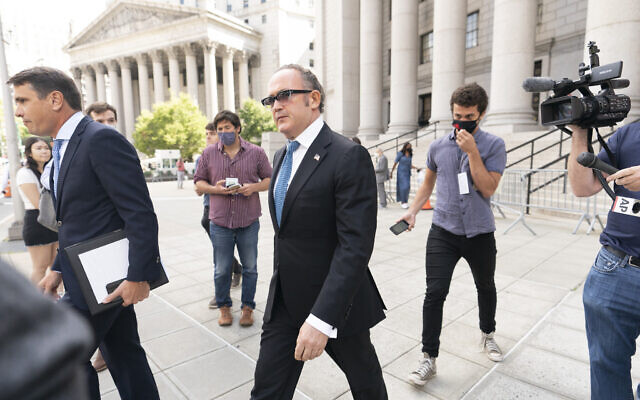 About $ 100,000 of Muraviev’s money was spent on campaign contributions in what Assistant US Attorney Hagan Scotten called a plot to secretly introduce his “wealth and corruption into US politics” in violation of US law. laws prohibiting foreign donations to US political candidates.

“Voters will never know who invested the money in our election,” Scotten said.

Former Nevada attorney general Adam Laxalt, now a candidate for the US Senate, said during the trial that a swaggering Parnas suggested he could raise hundreds of thousands of dollars for him in 2018. He ultimately did. got a check for $ 10,000 that Laxalt’s lawyers told him. to reject.

Joseph Bondy, a lawyer for Parnas, had called the allegations against his client “absurd”.

He insisted in his final argument that Muraviev’s money was intended to support legal marijuana businesses looking to expand. 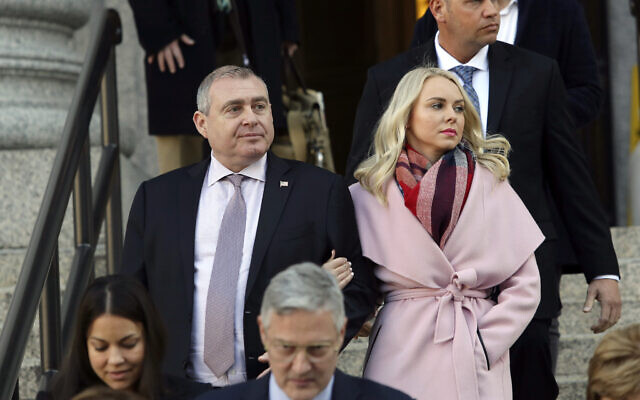 Kukushkin’s attorney, Gerald Lefcourt, sought to portray his client as an oblivious dupe in the scheme, who was ridiculed behind his back by other participants as having an intellectual disability.

Following the verdict, prosecutors called for Parnas and Kukushkin’s immediate incarceration, citing a risk of absconding, but the judge allowed them to remain on bail pending sentencing.

The charges against Parnas collectively carry the potential of decades behind bars, but any prison sentence would likely be measured in years rather than decades.

Fruman pleaded guilty earlier this year to a single count of solicitation of contribution by a foreign national. He awaits the conviction.

Another co-accused, David Correia, also pleaded guilty and was sentenced to one year in prison for misdemeanors including defrauding investors in an insurance company who paid Giuliani a $ 500,000 advisory fee.

Parnas is awaiting a second trial in connection with this scheme.

Giuliani insisted he knew nothing about potentially illegal election contributions from Parnas or Fruman. The former mayor says everything he has done in Ukraine has been done on behalf of Trump and that there is no reason he should have registered as a foreign agent.